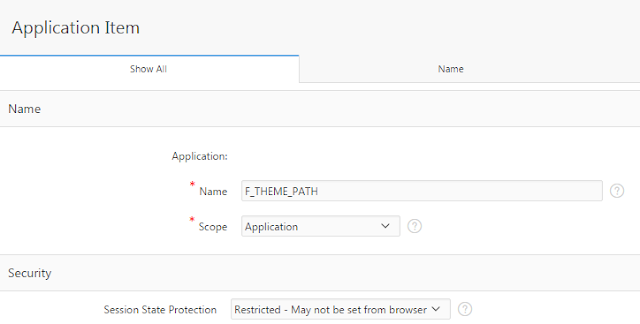 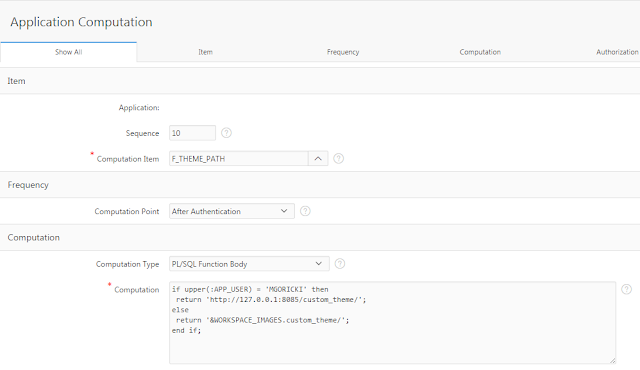 Posted by Marko Gorički at 12:17 PM No comments:

You may know that in APEX 5.1 there are some new functionalities regarding client-side messaging - for example, the capability to display success or error messages without a full page reload or new JS API for handling client-side messages. There are also enabled HTML5 Form Validations, so you may saw something like this in your apps:

Fortunately, the APEX development team has thought about this and you can override those messages by defining custom attribute named data-valid-message under the item's Custom Attributes property:

If you don't want to do this for each and every item in your app you can create On Load Dynamic Action on Global Page (page 0) that looks like this: 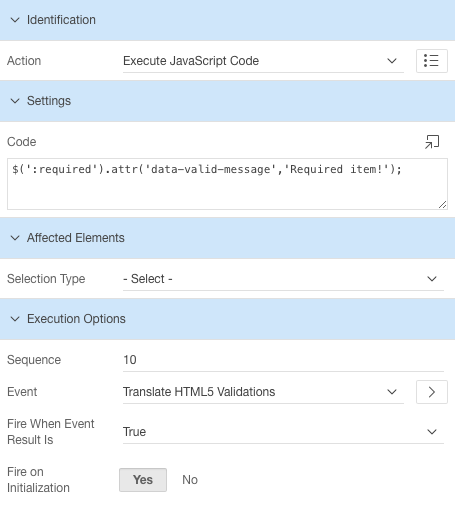 which will add this attribute to all required fields.

You can read more about the data-valid-message attribute in apex.item documentation.